Situation of GMOs in Mexico – with doctor Elena Álvarez-Buylla

We heard about her thanks to Marie-Monique Robin’s documentary “The World According to Monsanto” released in 2008. Elena Álvarez-Buylla appears in it and talks about the situation of GMOs in Mexico.

Last March, as we visited Mexico City, we wished to meet this committed scientist and interview her to get to know what the current situation of GMOs in Mexico is, 6 years after she had been interviewed by Marie-Monique Robin.

Elena is a scientist, researcher and professor in molecular genetics, development, evolution and ecology at UNAM (the largest university in Mexico). She is very concerned about the issue of GMOs in the world especially in Mexico that is the Center of Crop Origin and Diversification for Maize and many other crops (almost 2 out of every food plant in the world). She develops her point of view about world agriculture and how we can achieve an agro-ecological approach to food production without ruining our planet. She is also worried about the important consequences transgenic crops and the other scientific and technological innovations may have on people.

Particularly regarding food sovereignty and sustainable development, but also the inequitable  way the benefits and risks of this development are shared at different levels of society.

BENEFITS GENERALLY GO TO THE RICHEST PEOPLE AND RISKS TO THE POOREST.

Science should help achieve social justice and sustainability to guarantee food sovereignty in the world in a fairer, more equitable and more durable way. Nowadays, the agricultural systems are one of the most important causes of land devastation, biodiversity destruction and climate change.

How can we produce enough food without causing greenhouse gases, without ruining (destroying) our planet?

How can we combine systems such as the Mesoamerican MILPA, with the best aspects of modern agriculture and contemporary science really committed to knowledge, social justice and sustainability?

A U.S. firm established in 46 countries, Monsanto has become a world leader in GMO production but also one of the most disputed firms in industrial history.

90% OF GMOS CULTIVATED ON THE PLANET COME FROM SEEDS SOLD BY MONSANTO.

“In developing countries, Monsanto is  pursuing a policy of sharing knowledge and expertise for all types of agriculture, aiming to satisfy the food demand and the protection of environment”. Extract of the Monsanto Charter

To succeed in selling seeds to southern countries, Monsanto sells them off so that they are cheaper than the traditional seeds used locally. Farmers buy them and quickly find themselves caught in a spiral of debts because their production is bought at a ludicrous price and the Monsanto seeds don’t always develop as planned.

Let’s take the example of India : As explained in the documentary, “The World According to Monsanto”, suicides among farmers increase in a disturbing fashion. Many organizations and personalities such as Vandana Shiva (Alternative Nobel Prize in 1993), become alarmed at the loss of biodiversity among the variety of plants traditionally cultivated.  Vandana Shiva also clarifies that when Monsanto has taken control of the world food, they will have influence on life and death in the whole world. The contamination of the traditional cultures by the GMO, which is so much feared by protectors of the environment, is not only a fear but a reality.

Over the last decades, Monsanto has incurred lawsuits because of the toxicity of its products (PCB, orange agent, or bovine and dairy growth hormones). Yet, it presents itself as a firm of “sciences of life converted to virtues of sustainable development”.

Mexico is at the heart of the diversity of corn which represents one the three foods most consumed in the world. Thousands of varieties are cultivated by the farmers and local communities. The result is that the contamination of corn in Mexico by the GMO is a threat to the entire world. Now there is scientific proof that the transgenes have made their way into the genomes of maize and cotton. When these transgenic crops are released into the environment, there is no way to restrict the movements of their genes via pollen and seeds.

The local populations are worried and find themselves helpless facing a threat they don’t know how to fight.

The situation is alarming, because the Mexican government favors the multinationals at the cost of the well-being of the farmers and our health. For twenty years the Mexican government has endangered our food sovereignty  by opening agriculture to free trade, flooding us with cheap corn of low quality, and impoverishing thousands of farmers. Now they want to poison us with transgenic corn.

EVERYTHING IN SUPERMARKETS, UNLESS LABELED ORGANIC, CONTAINS GMOS

Besides, the GMOs are against the farmer’s rights. Transgenic plants contaminate all the farm cultures, through patented genes by the multinationals, and thus prevents farmers from using their own seeds. This is why in Europe, they have pressured for laws that prohibit GMOs in their fields and in their food. Europeans and the rest of the world should support the people of Mexico in its resistance to the multinationals. The well-being of the entire world depends on it.

We need to act everywhere and condemn this aggression against the Mexican corn, which is an aggression against the entire humanity. The seeds are a treasure of the peasants and indigenous  communities. They are the only seed that can feed the world in a healthy way and without the input of  agro toxics. Only the diversity of these seeds can get used to the climate change. We cannot let these corn seeds disappear because of the contamination by the GMOs.

There is a conflict of interest in the scientific world. Some scientists have devoted their whole career to the research in GMOs, because they honestly thought that this would have the answer for human hunger, for a more sustainable agriculture. After 2 decades of planting these crops, none of these promises have been true. Some toxic chemicals such as the “Glyphosate” have produced resistant pest and super weeds tolerant to glyphosate in response of massive planting of Roundup ready plants.

THE HEALTH IMPACT LINKED TO TRANSGENIC FOOD IS VERY CHRONIC, ON THE LONG TERM

It’s almost impossible to link an illness to transgenes because the food is not labelled. Even if these products get labelled we won’t be able to get them out of the market because of economic interests behind the junk food are very strong and it’s very hard to go against them even though on the long term they are harming people.

According to Elena Álvarez-Buylla we should :

Today some avenues of distribution exist other than supermarkets :

TRY TO BE COHERENT WITH OUR VALUES AND ACTS.

We invite you to discover some of these movies (non exhaustive list) :

Thank you for your support and engagement! Don’t forget : search and share information!

“THE EARTH DOESN’T BELONG TO THE HUMAN, IT’S THE HUMAN WHO BELONGS TO THE EARTH” SITTING BULL 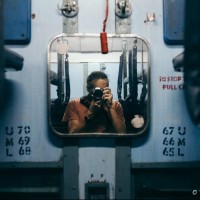 Experience with the sea turtles on the coast of Mexico
August 15, 2014